Thank you to all the children who participated in this year's Hunt Little Heroes program.
Stay tuned for the announcement of the 2022 Winners!

View 2021 Winners and Their Stories 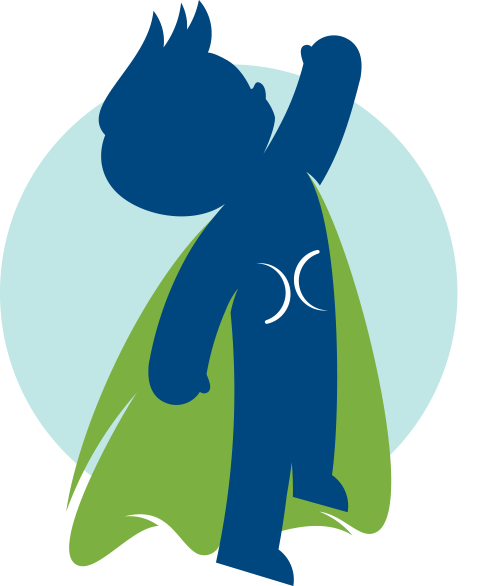 As part of the program, we want children of military families to share their "Hero Story" of what they think it takes to be a hero and how they've been a positive influence in their community.

The Hunt Little Heroes program is open to children of all military families. Applicants must be between the ages of 4-15 during the Month of the Military Child (April).

Submit your Little Hero story for the chance to be Hunt’s Little Hero for the day in your local community. In honor of Month of the Military Child, Hunt Military Communities will be sending every participant who submits a story their very own Hunt Little Heroes cape, mask and special coin.

On behalf of Hunt Military Communities, you’ll receive a gift memorializing your contribution to your local community. In honor of Month of the Military Child’s color purple, Hunt Military Communities will be presenting each Hunt Little Hero Applicant a Purple Coin. As “Coining” is a military tradition that is bestowed to a civilian as a special honor, the Hunt Little Heroes Applicant will receive a purple coin that symbolizes great respect for the child’s service to the military community. Should you be selected as your local community’s Hunt Little Hero, you will act as “Hero For The Day” at a special celebratory event at your local military community. We will also be offering three cash prizes ($750, $500, $250) for the top three applications to which half of the prize will go the child and the other half will go to the charity of their choice. Additionally, a photo of the hero with submission will be on display in the leasing office.

I am Dylan Frey, my mother’s name is Major Karla Evans; she has been in the military for 18 years and I have been with her, supporting her for 14. She was sworn into the South Carolina National Guard a day before I was born, and when I was about six she went overseas to Kosevo for a year and a half. It was one of the hardest times of my life because I did not fully understand the situation; the only thing I understood was that my mother was gone and I was not certain when she was coming back. When she returned we moved to Laurens, South Carolina where we currently reside. A couple months before I turned ten my little sister, Heather, was born; around this time my mom had to go to Fort Meade, Maryland for three months, and my sister and I moved to New York to live with our grandmother for the duration of this deployment. I did everything I could to care for Heather such as feeding her, or giving her a bottle, but mostly just loving her and being there for her since her mother could not be.

Over two years later my mom was offered a position working as an EA for a direct report to the Secretary of Defense in Washington DC. At this time we had moved back to Laurens and I now had a little brother, Joe. While my mother was away I helped in whatever ways I could to make the job of caring for two children easier for my step-dad, Don, who is a military veteran and was part of Operation Iraqi Freedom. I did much the same for Joe as I did for Heather, and occasionally babysat when something came up if Don had to be somewhere else. He often had to work late, so we had a family friend who would pick them up from daycare. Even though we had child care I would often cook for them and put them to bed as I felt it was my responsibility to look after them if Don had to be out very late. I also cleaned the house, did dishes, and took out the garbage as well; my mother periodically came home to see us, but this was not the last time she was deployed.

In October of 2020, she left on a DOD approved mission in support of CBP where she received honors for best practices for Covid 19 vaccine informational campaign. This time Don has a different job with shorter hours, so my responsibilities are not as numerous, but I have, and will in the future, have to watch my siblings for my step-dad when something spontaneous occurs that demands his presence. I still try to comfort my siblings, as they grow and through all the hardship we’ve been through together their smile makes it all worthwhile. I have been told by both my mother and Don that I make life easier and even that they could not do it without me, hearing that tells me that I’ve done my part, and I am glad I help my Parents so they can help others.

I really don’t think I’m a hero. My family is the part of the military community I can do the most for, so everyday I try and do whatever I can for them.

My family is more than just a military family. My parents started a business in 2017 sewing weighted blankets. I never really helped much when they started the business. When the pandemic began in 2020, they started getting requests for handmade masks. Orders and donation requests started coming in fast! I would watch them sew day and night. At first, I helped with matching fabrics and cutting threads. A few weeks later, my mom taught me how to sew masks. Most kids I know spend all their free time playing outside or with phones and video games. In the past year, I have spent a lot of my free time sewing while watching movies with my family. On the weekends, I would sew for 2-3 hours straight while watching TV with my siblings each night. I would carry my machine from room to room and get to work.

My parents came up with an idea to sell some masks to help with the costs of donating masks. We have donated to schools, hospitals, and military members all over the world! I have sewn over 100 masks for my school and my old elementary school. Our family has sent out almost 5,000 face masks in the past year. I have sewn over 250 on my own and helped with over 1,000.

There were a lot of scared people when the pandemic began. I could have been scared too but I chose to help the people who were scared by sewing masks for them. Our masks are washable and reusable so they aren’t polluting the environment as much as disposable masks. I also helped the parents of my classmates save money by donating masks to their children. That made a big difference to a lot of parents that struggled with money or lost their jobs during the pandemic. I became a hero when I started making masks like my dad became a hero when he joined the Marine Corps.

Have you ever thought of giving back to someone who helped you? That’s what I did to the hospital who saved my life. In September of 2020, I decided to run a toy drive for Tripler Army Medical Center (TAMC), the hospital that cured my cancer when I was 7, at my school. Over the course of a week, the school would collect donations from students who brought in money. Then, I would buy toys for the toy room at the hospital and surprise all the kids in the hospital with new toys!

On July 7 2017, I was diagnosed with rhabdomyosarcoma, a type of soft tissue cancer (if you would like to learn more visit https://www.cancer.gov/) . The hospital had done so much for me and I wanted to thank them as much as I could. So I set up a toy drive mostly for the kids. The play room didn’t have a lot of toys and the rooms on the ward were small. It would get quite boring sitting in bed with nothing to do but watching Disney Junior. When I donated I thought the play rooms would be more fun since they’d have more toys.

The day had come. I was finally donating $2,000 worth of toys for kids! I felt excited, thankful, and nostalgic all at the same time! “SURPRISE!” We gave the awaiting kids 2 Nintendo Switches, 1 Nintendo Switch Lite, dolls, coloring supplies and much more! I felt amazing. After giving the nurses a hug, I left the hospital with a huge smile on my face.

Hunt Little Heroes in The News 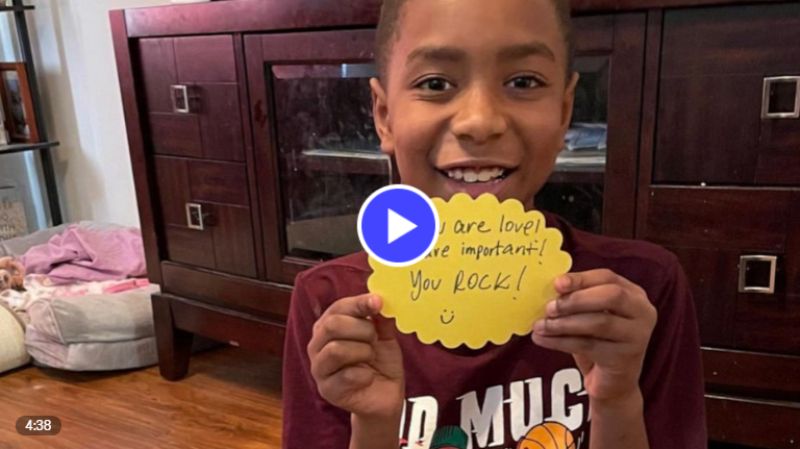